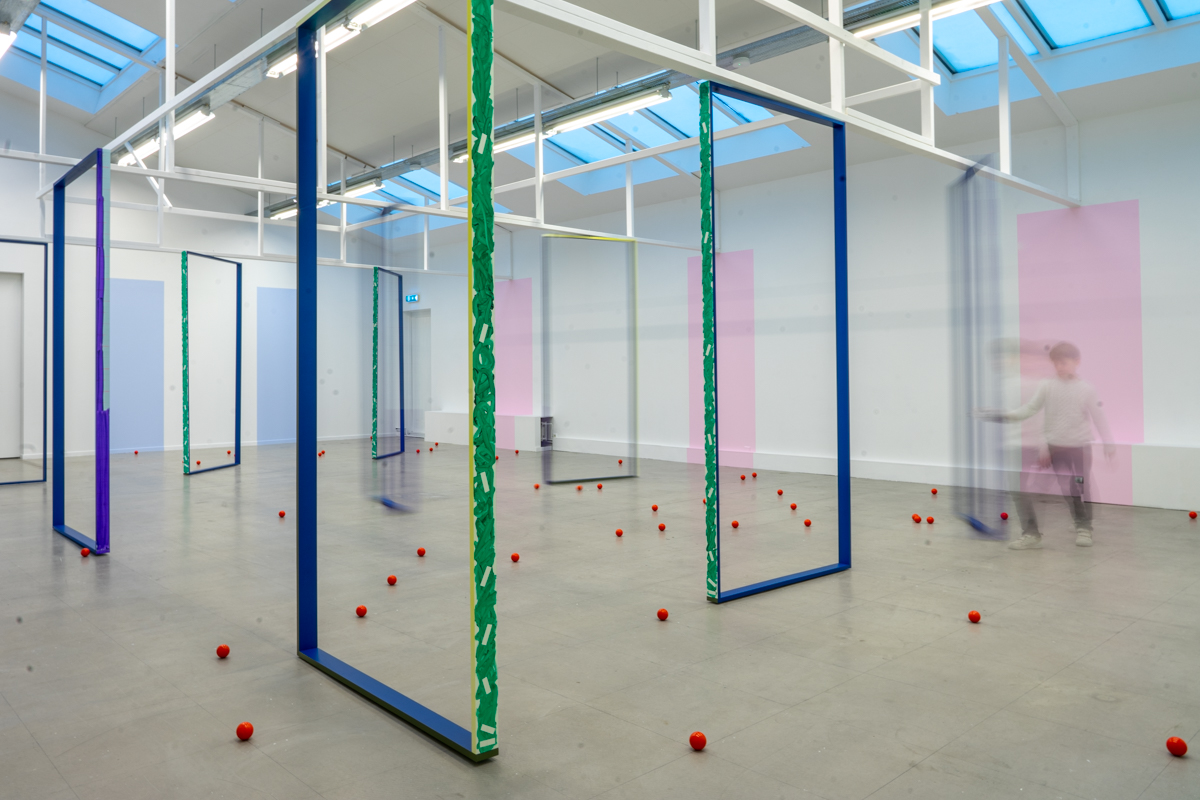 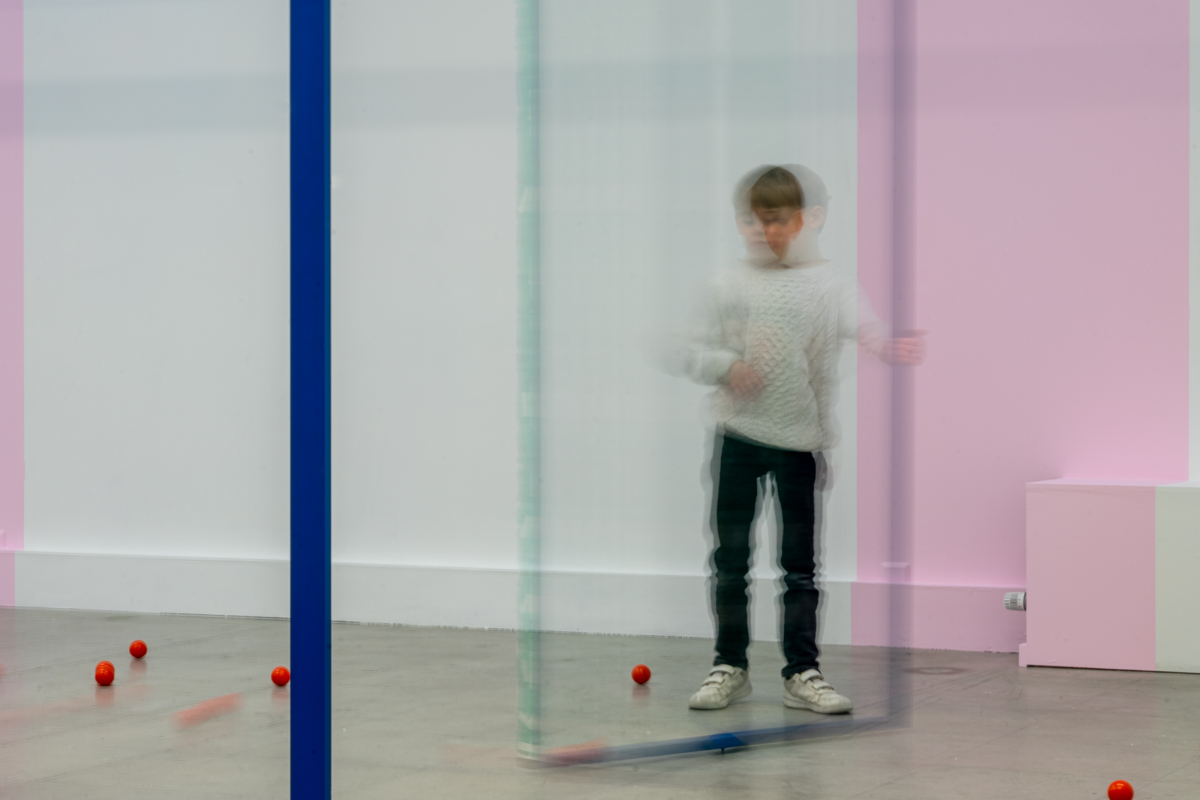 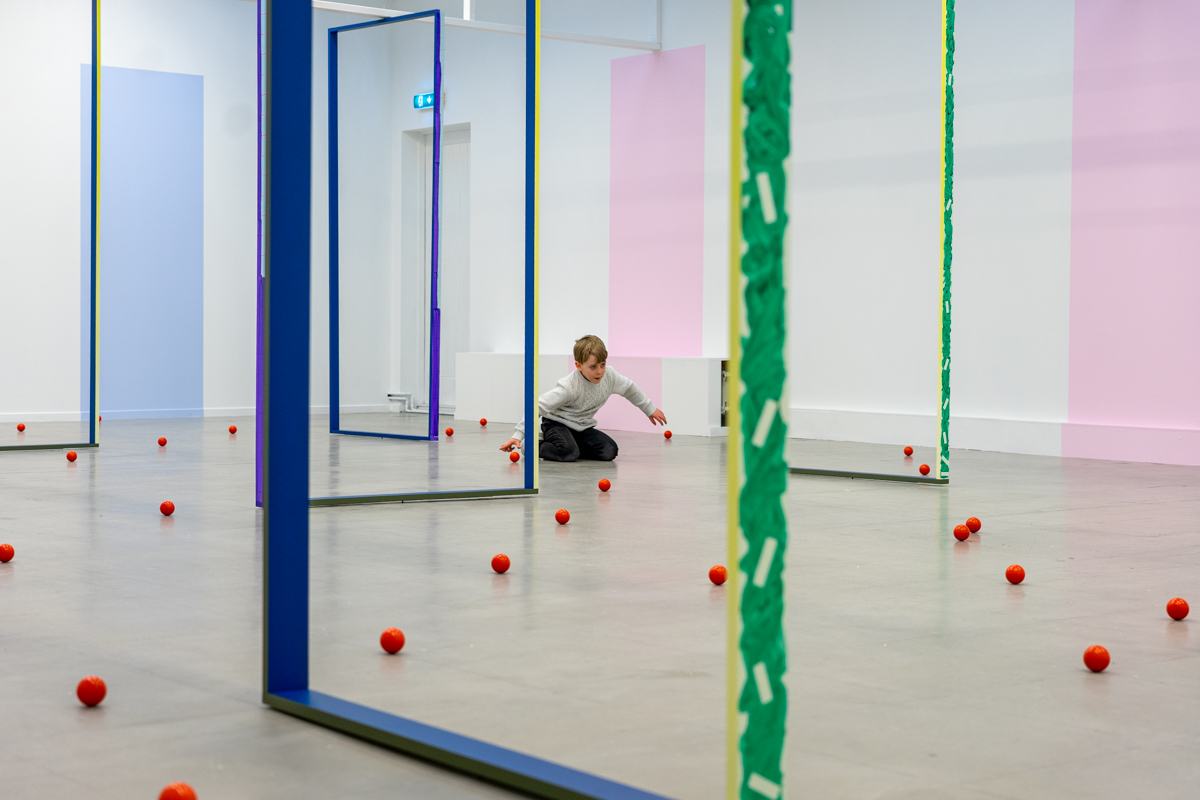 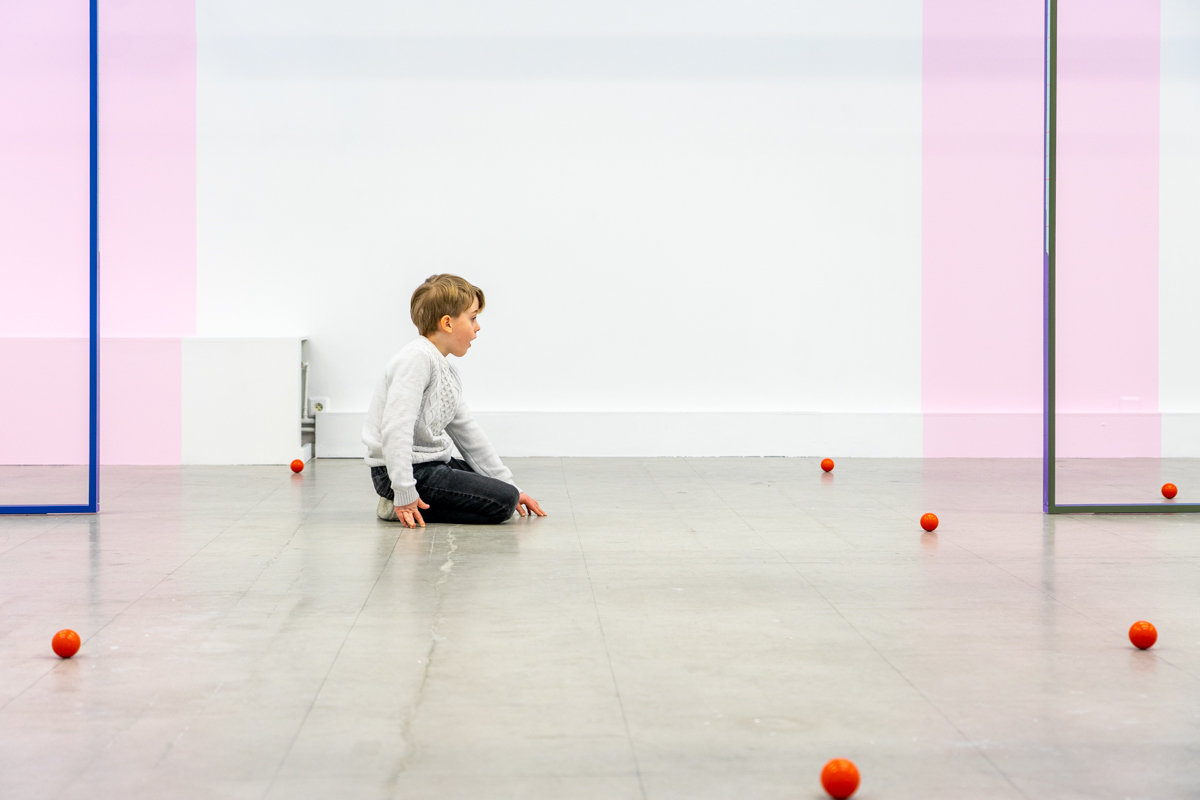 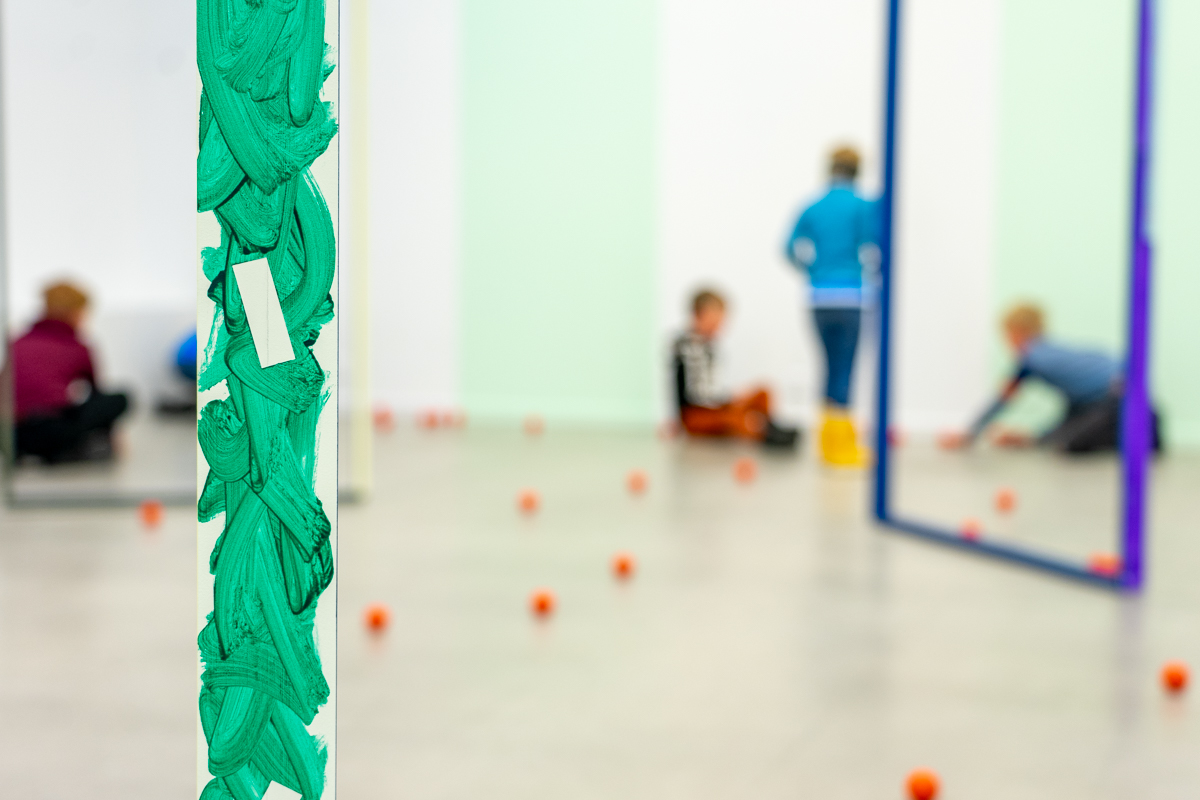 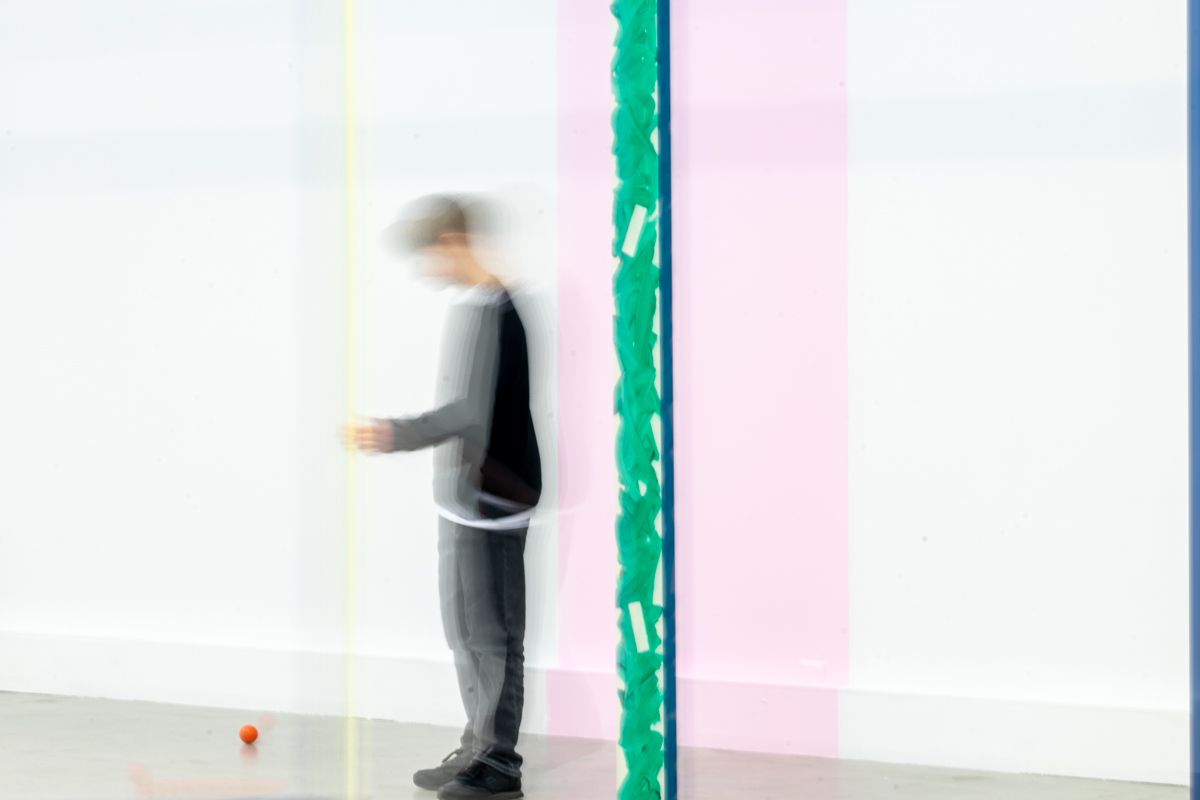 You are the Input

In You are the Input, Ingunn Fjóla explores the tension between order and disorder in a playful manner. The installation is first of all painterly, in the sense that a system of patterns can be painterly. Within this system is an immersive experience in which the visitor operates the shifting scene as they move about the space, interacting with subtle ques embedded in the layout. The installation is meant to be disturbed, but the manner of this disruption is displayed in such a way that the polarity between acts of disruption and composition are brought into question.

Ingunn Fjóla’s previous works have mainly been composed of painting and installation. Using different materials arranged in unsuspecting ways that challenge the viewer’s aesthetic and visual perception of an exhibition space, she merges the preconceived information received by the eye with a conceptualism that speaks to the physicality of the body. The body of the viewer takes part in an abstract narrative created by a variety of surfaces and angles. The painted surfaces in her oeuvre play many roles – at times they are a partition wall or cat-walk and at other times a sign, stage, or screen.

In You are the Input, the visitor can move materials in the exhibition around so that the system can break, or form, depending on how you conceive of the continuum of order and disorder. Everything exists within a range of movement established by the input of the visitor. At the end of the day, the exhibition is reset to the original pattern so that the variability always begins from the same point zero the next day and so the installation continues to exist in a constant flux between order and disorder.

You are the Input is an adaptation of an installation by Ingunn Fjóla Ingþórsdóttir first shown at Galerie Herold in Bremen, Germany from September 13th – October 13th, 2019. Certain elements of the installation have been adjusted to the exhibition space at Listasafn Árnesinga.

Ingunn Fjóla Ingþórsdóttir (1976) is a visual artist based in Iceland. Ingunn Fjóla graduated with an MA degree in Fine Art from the Iceland University of the Arts in 2017 and a BA degree in Fine Art from the same institution in 2007. She also holds a BA degree in Art History from the University of Aarhus, received in 2002. Ingunn Fjóla works mainly in painting and installation. Her practice draws on the history of minimalism and abstract painting, by adding interactive elements or direct participation, Ingunn Fjóla extends the field of painting into an open system in which the work is animated by the viewer and the space. Ingunn Fjóla’s work has been exhibited widely in galleries and museums in Iceland, including The National Gallery of Iceland, Reykjavík Art Museum, and Hafnarborg, the Hafnarfjörður Centre of Culture and Fine Art. Ingunn Fjóla has participated in several group exhibitions internationally including the Prague Biennale 5, Cluj Museum, Rumenia and Kunstverein Springhornhof, Germany. Recent exhibitions include Moments Unfolding / Efnisgerð augnablik (Living Art Museum, 2021), Threads of Art / Listþræðir (The National Gallery of Iceland, 2021) and Image afterimage / Mynd eftirmynd (Kompan- Alþýðuhúsið, Siglufjörður, 2020)

Erin Honeycutt (1989) is a writer, bookseller, and curator based in Berlin. She studied Art History (MA, University of Iceland) and Religion (MA, University of Amsterdam). She writes poetry, exhibition reviews, and a variety of texts in collaboration with artists. She was nominated for the Broken Dimanche Press art writing prize and has been published in SAND Journal, BARAKUNAN, and Neptún Magazin among others.

The exhibition is supported by the Museum Council, Visual Arts Fund and South Iceland Development Fund. 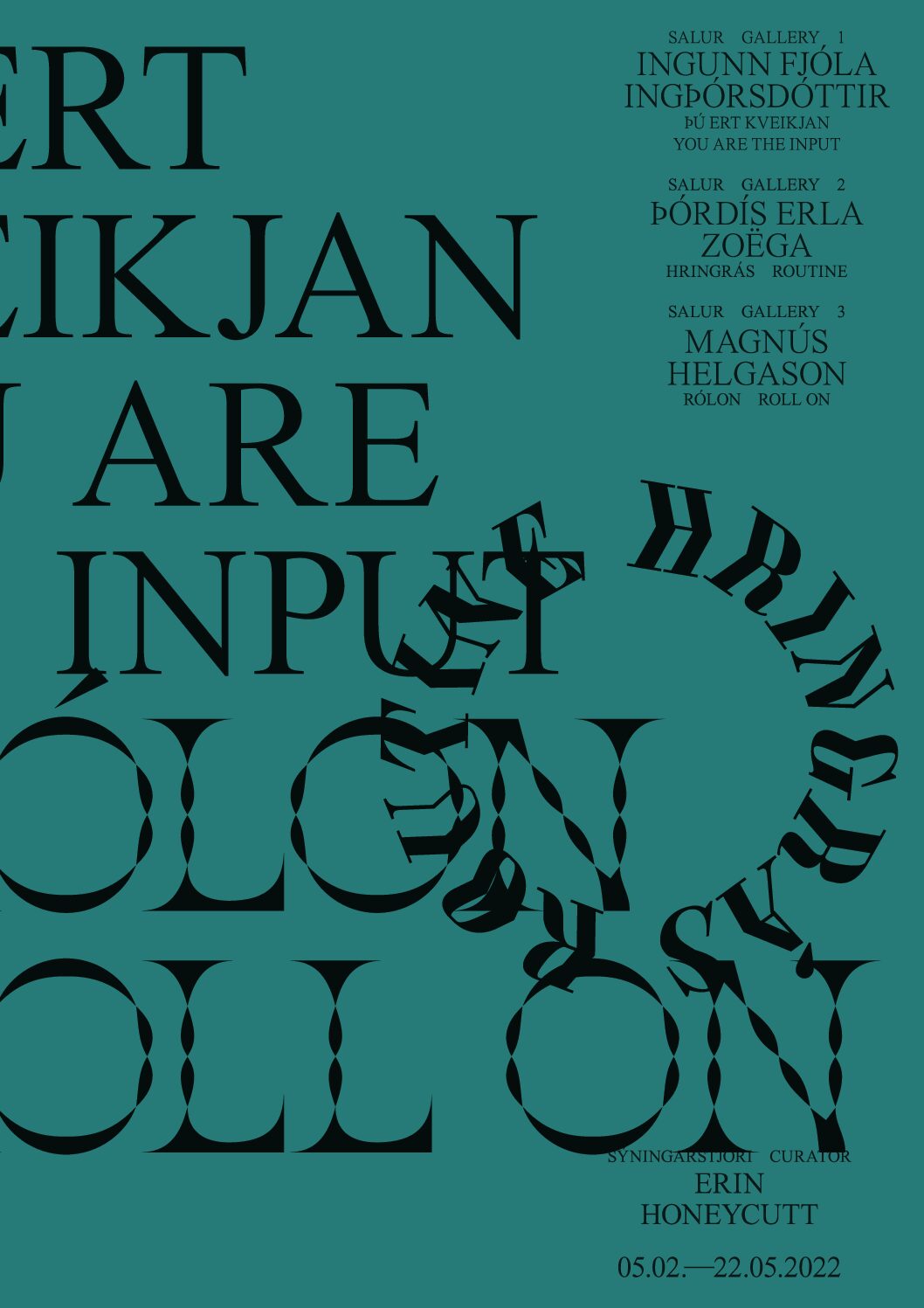